Who is the best CEO? Is it Elon Musk? Or some old guns like Bill Gates or Warren Buffett?

Being a CEO of the company and getting paid high sounds good, but is not the easiest work to do and needs more skill, talent, an excellent strategy in making the company successful. All the CEOs of the company and the founders share the common word “SUCCESS”. Here am going to share 15 best CEOs who made the company a great success with a net worth in millions and billions.

Pichai Sundararajan is also known as Sundar Pichai, born on 12th July 1972 from Madurai. He comes from a middle-class family from Madurai. He is the CEO of the company Alphabet Inc. a subsidiary company from Google. He has a degree from IIT Kharagpur in Metallurgical Engineering, a Master’s in Science from Stanford University in material science engineering and an MBA from Wharton School of the University of Pennsylvania. He started his career as a materials engineer. He joined Google as product management innovative efforts for google chrome, google drive and google operating systems. His effort and his hard work made him one of the well-known richest CEOs in the world, with his net worth being $600 million US.

Timothy Donald Cook in short Tim Cook born on 1st November 1960 is an American, an engineer. He is the current CEO of Apple, a well-known brand which we all know and came across their product. He was made the CEO on 24th August 2011 after Steve Jobs’ death. He took over the company with his innovative and simple user-friendly products by increasing the company’s revenue and profit. He is a well-known face in the world. His net worth is $1 billion US.

Jeffrey Preston Bezos is popularly known as Jeff Bezos born 12th January 1964 is an American online entrepreneur, industrialist. He is the founder and CEO of Amazon, which changed the trend of shopping just by sitting in our homes and ordering things with a tap. He was the one who started the trend of online shopping and his strategy made the company’s revenue and profits in billions and made his net worth is $197 billion US. Will he be the next Trillionaire?

Elon Reeve Musk in short Elon Musk born 28th June 1971from south Africa. The most popular person and real-life Tony Stark who is the CEO of SpaceX and Tesla. A man with crazy and innovative ideas put into Tesla an electric car brand which is a popular and best-selling electric car in the world. His innovative idea and the strategy used to build his company made him build a fortune, and his net worth is $190 billion close to Jeff Bezos. Would Elon beat Jeff?

Satya Narayana Nadella an Indian-American business executive born 19th August 1967, Hyderabad. The CEO of Microsoft after Steve Ballmer in 2014. He completed his Bachelor of Engineering degree in Manipal Institute of Technology and later received his MBA from the University of Chicago. He is the 3rd CEO of Microsoft. The vision of Nadella made the company stock hit over 130% and made a huge success by raising the company’s profit. His net worth is $370 million US.

William Henry Gates born on 28th October 1955 is a business magnate, software developer and the co-founder of Microsoft Corporation and while not the CEO of Microsoft, one of the big brains in the computer industry. He launched his first versions of Microsoft Windows on November 20, 1985. He had the title of the richest person in the world. His net worth is over $98 billion US.

Daniel Zhang was born on 11th January 1972 in Shanghai. He has a degree in finance from the Shanghai University of Finance. He is the current CEO of Alibaba Group from 2015, a company well known to everyone. He worked as a CFO in Taobao in 2007 and served as a President of Tmall and COO of Alibaba Group. He is a visionary strategist and operator. His long-term big picture and innovation-led Alibaba to new achievements and milestones since becoming a CEO. His success in life made him his net worth over $1.3billion US.

Mark Elliot Zuckerberg, born on 14th May 1984. He is an internet entrepreneur and Co-founder of Facebook an online social media where we could make friends all over the world and which is the most commonly used app. He launched Facebook in February 2004. His vision made him one of the youngest billionaires in the world. He was one of the wealthiest and the most influential people in the world. He was a part of name listings in Time magazines, Forbes. He also made his promise of donating 99% of his wealth. Facebook Inc. owns Messenger, Instagram, WhatsApp and Oculus. His vision and success made him a fortune of approximately $60 billion US.

Lakshmi Mittal was born on 15th June 1950 in Rajasthan, India. He is an Indian-American Steel company magnate, which is based in the United Kingdom. He is the Chairperson and CEO of ArcelorMittal, which is the largest Steel production company in the world. He is a member of the Global CEO Council of the Chinese People’s Association for friendship with other countries, Foreign Investment Council in Kazakhstan, World Economic Forum’s International Business Council and European Round Table of Industrialists. He opened his first steel factory in Indonesia because the Indian Government restricted the production of steel in 1976. ArcelorMittal was started in 2006 as an Indian-owned international steel manufacturer. He was named in Time Magazine and Forbes. His success in building his company made him a net worth of approximately $11 billion US, marking him as one of the billionaires in the world.

Indra Krishnamurthy in short Indra Nooyi born on 28th October 1955. She is a business executive, former Chairperson and the current CEO of PepsiCo. She joined the company in 1994. Indra holds a Master’s in public and Private Management degree from Yale School of Management. She currently oversees around 25,000 employees globally. She became the fifth CEO in 2006. She was ranked as the 3rd most powerful woman in the world in 2014 and ranking 2nd after a year. Her hard work and effort made her a net worth of around $80 million US.

Warren Edward Buffett was born on 30th August 1930 in Omaha, Nebraska, United States. He is an investor, business tycoon and CEO of Berkshire Hathaway is one of the successful investors in the world. In 1990, Buffet became a billionaire. Forbes ranked him as the world’s richest man in 2008 with a net worth of $62 billion. It’s shocking that a guy worth billions living a normal life as most of the people are, the best example of Be Rich and Don’t look rich. He also promised to donate his wealth to a charity with Bill Gates and Mark Zuckerberg, and they called Gates-Buffett The Giving Pledge. His net is $88 billion US.

Aliko Dangote was born on 10th April 1957, Nigeria. He is a business magnate, philanthropist is the richest person in Africa and the black richest person in the world. He is the CEO and the owner of Dangote Group. He started a small trading company in 1977 and expanded his business to cover food, cement manufacturing and freight. His company is the major supplier to Soft drinks breweries and confectioners in Nigeria. His refinery is the 3rd largest in the world. He was named as the Africa person of the year in 2014 by Forbes, he also won the Global Clinton Award a year later. His net worth is approximately $11 billion US.

Lawrence Edward Page, born on 26th March 1973 in Michigan, US. He is a computer scientist and internet entrepreneur. He is the co-founder of Google, which is the most visited website in the world. Businessperson of the year in 2014 and World’s Most Daring CEO. His net worth is approximately $50 billion US.

Abigail Pierrepont Johnson, born on 13th December 1961. She is an American businesswoman and CEO of Fidelity Investments. The company was founded in 1946 by her grandfather. She was the President of the company in 2012, CEO in 2014, and then she was made the chairman in 2016. She has a bachelor’s degree in art history and an MBA. Abigail is the member of the Committee on Capital Markets Regulation and board of Director in Securities Industry and Financial Markets Association SIFMA. She is the first woman to serve as the board of the Financial Services Forum. He was ranked by the Forbes 2014, 2015 and 2016 as the most powerful woman. She made a net worth of $16 billion US.

Michael Saul Dell was born on 23rd February 1965 in Houston, Texas, US. A billionaire, founder, chairman and CEO of Dell Technologies, one of the world’s largest technology infrastructure companies. Forbes ranked him 27th as the richest person in the world as of April. He started his small business by selling upgrade parts for computers. The company was started in 1984, was registered as PC’s Limited and renamed his company as Dell in 1988. Michael donated $1.8 million to Israel Defence Forces, $36 million to relief efforts. He also founded the Michael and Susan Dell Foundation, along with his wife donating over 650 million dollars to children’s issues. His net worth is $40 billion US.

Thanks for taking the time to read. Have a great day ahead! 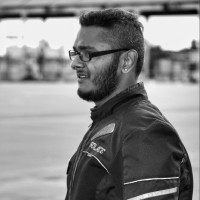 Why You Should Gift Yourself with a Promising Career in Digital

15 Ways To Improve Presence On Social

In today’s world, it has become nearly impossible to grow your

14 Ways Your Business Can Upskill Its

We can observe technological progress in every field. Having up-to-date with