“What’s in a name? That which we call a rose By any other name would smell as sweet.”

Thus spoke the Bard, some four hundred and twenty-five years ago. Old Willy may have been spot-on then, but The Modern Man, having nothing besides a messianic zeal and no stake in anyone’s well-being, tends to think otherwise.

Beirut is the Paris of the Middle East, as the popular saying goes. Only, it’s no longer Beirut, but Bayreuth. This change has been brought about by zealots who felt an Arab city should, after all, sound Arabic. But then, this phenomenon of reclaiming their “lost heritage” is not limited to the Arabs of Beirut; the disease has spread its tentacles far and wide, as this writer attempts to showcase this unique human susceptibility.

History is strewn with stories of victorious armies, besides pillaging the vanquished, baptizing the conquered lands with new names. Names that sprout like fungi out of their fertile brains. Thus the land of Aztec, Inca and Mayan civilizations became America; the island nation of Maori warriors turned into New Zealand and the ancient cultures of Laos, Cambodia, Vietnam and Thailand were all bundled together as “Indo-China” by the European conquistadors.

In a reversal of sorts, when the white rulers finally left Rhodesia, it split into two and the northern parts became Zambia while the southern areas turned into Zimbabwe; but this was an exception to the rule we are discussing here.

It is thus a given that the newly independent India would succumb sooner or later to this viral malady. Way back in 1948, even before we formally patted our backs for becoming a Republic, our own Cubbon Park in Bangalore morphed into a tongue-twisting Sri Chamarajendra Udyanvan, courtesy of our brand new law-makers. But Bangalore City itself remained immune to the muted demands of renaming it. Thus, in later years it would come to be a lotophagi for American Call Centre workers, an evil place that swallowed their jobs as they dreaded being “Bangalored”, and an otherwise urbane President Obama turned chauvinist, infamously yelling, “Say No To Bangalore”! https://www.youtube.com/watch?v=Y7PLYO5_OBc

Trivandrum became Thiruvananthapuram and set the cat among the pigeons in 1991. Language fanatics, Grammar Nazis, plain bigots; all jumped in to save their cities me changing hasn’t been restricted to towns or cities, even small areas of perceived slavery and ignominy. In quick succession, Madras became Chennai; Poona into Pune, Bombay to Mumbai and Calcutta into Kolkata. Na town or roads have had their names changed as per the whims of small men and women with apparently smaller brains and lots and lots of idle time. In their crazy rush to rename anything and everything in their sights, pea-brained BBMP corporators now want to rename the Brigade Road as some “George Fernandes Road!”

Fifty-nine years after Azadi, finally, Bangalore would be renamed as Bengaluru, instantly losing the international glamour or notoriety as the case may be, its old name evoked. Bengaluru sounds like a hick town somewhere in the boondocks, nestled between Alur and Belur, so to speak. This brings us to my assumption: a change of name quite often means a change of fortunes, usually for the worse.

Has name changing really brought about better fortune for the towns? On the contrary, a little reading of history shows that, post the change, these towns’ livability actually declined. Sceptics may argue that this decline has nothing to do with their new names, but for a significant number of people who have an abiding interest in esoteric sciences, numerology and unwavering faith in Sanjay Jumani; it is everything to do with the unnecessary hacking of the names. For the uninitiated, Jumani is the undisputed name-change king, brightening a person’s fate by merely changing the way his or her name is written.

Ever since the cities noted here have undergone name changes, there is a marked decline in their respective indexes of living. Take Chennai for example, it has all the problems of an expanding Indian city; plus it alternates between extreme rains, flooding and bouts of drought that empty its water sources and its citizens forego a simple

bath for days on end.

On the flip side, a few historical cities have thrived after their names changed. Manahatta became Manhattan and the most expensive real estate on earth. Saigon in Vietnam was renamed Ho Chi Minh City and is today a thriving manufacturing hub. Yathrib in Arabia was an unknown city until the Prophet Mohammed s.a.w.s. made it his home and it became Madina Munawwara or The City of Brilliance. But these are few and far between.

Suffice it to say that there is a strong case for retaining the existing geographical names of cities, roads, buildings, rivers etc for the sake of continuity and the strong feeling of letting things be in the state we find them. 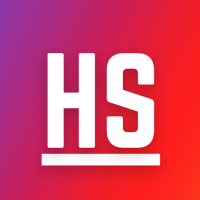 50 Marketing Tips Every Business Should Have In 2021

A – Z SEO Terms Every Marketer Should Know In 2021

Become Independent – Part-Time Job Opportunities for HomeMakers Being a homemaker