Cricket has been described as the glue that binds the West Indians together, creating a sense of a singular West Indian identity. It is the only test playing nation that doesn’t represent one country, consisting of ten sovereign nations of the Caribbean Islands, Jamaica, Saint Lucia, Trinidad and Tobago, Guyana, Antigua and Barbuda, Barbados, Dominica, Grenada, Saint Vincent and Grenadines.

There is strength in this cultural diversity which is visible in the way West Indians play cricket, Jamaicans and Antiguans bring aggression, when you come to Barbados you find graft and concentration, while Trinidadians know only one way to play that is “hit out or get out” similarly, players from different nations have had their own style of playing.

When Cricket first came to West Indies in the 18th century, the black West Indies were excluded from the sport, their role was only to collect the ball once it crossed the boundary and throw it back onto the field. Since all the black West Indians worked in the cane fields, they had developed a more athletic physique than their white masters and they identified returning the cricket ball as their one chance to demonstrate their power.

In the 1920s emerged Learie Constantine, who would challenge this apartheid. He learned to master every part of the game, and at Port of Spain, he was able to bat number four open the bowling and field at cover-point. He set the template for how West Indians would play the game, Constantine was part of the West Indies team which travelled to England in 1928. West Indians were beaten 3-0 in this series, and Constantine soon realised a black captain was needed for the team to progress.

Constantine inspired black West Indian cricketers and in the 1930s a specialist batsman from Jamaica named George Headley challenged the stereotype that only white players could bat at the top of the order. In 1935 Headly batting at number three scored unbeaten 270 leading West Indies to their first victory over England in the Caribbean. Headley and Constantine were the first cricket heroes for black West Indians.

After the world war 2 test matches resumed in 1948, later that year when the West Indies travelled to India, Everton Weekes set a record for a West Indian batsman scoring five consecutive centuries. Now rated as the number one batsman, Weekes was part of the West Indies team which travelled to England in 1950. Although still led by a white captain, this team contained a new generation of black West Indian cricketers who would go on to dominate the world of cricket for the next decade.

For the first time this team represented the cultural diversity in this team, leg spinner Sonny Ramadhin from Trinidad was the first cricketer from east Indian descent to play for the team. West Indies lost the first match of the series against England, with 1-0 down West Indies came to the second test match at Lords as definite underdogs, but Sonny Ramadhin along with Alf Valentine shocked England, they took 18 wickets between them, spinning West Indies to their first victory on the English soil. For the rest of the series, West Indians dominated England and went on to win the series 3-1.

After many protests and riots for a black West Indian captain, Frank Worrell was appointed as the captain for the West Indies tour to Australia in 1960, for the first time their team was chosen on ability alone rather than the colour of the skin. In the team filled with youngsters, there was an all-rounder named Gary Sobers from Barbados. Gary Sobers had already hit the headlines two years early when he scored 365 vs Pakistan and broke Len Hutton’s record test match score.

With Sobers now established in the team, West Indies travelled to Australia for the test series. It was Worrell’s first match as captain. The first match of this series made history as it became the first tied test match and it set a good tone for the rest of the series but eventually, West Indies lost the series 2-1. Despite losing the series, everybody praised Frank Worrell’s team for the exciting brand of cricket they played. After this series, West Indies cricket started to rise.

After the collapse of the West Indian federation in 1962, it granted Jamaica and Trinidad full Independence of their own. Leading the West Indian team to England in 1963, Worrell knew his team was the only ambassadors for West Indian people, Cricket more than ever had to represent West Indies. The debutant Charlie Griffith and Wes Hall together in the series formed a fearsome opening bowling attack. Together they began the West Indies reputation for aggressive pace bowling, West Indies outclassed England in this series and won the series 3-1. This series victory had confirmed the West Indies as the most powerful side in the world.

After this series Frank Worrell retired, Gary Sobers who had already established himself as the greatest all-round cricketer of the era was appointed the next captain. Sobers went on to score over 8000 runs and take 235 wickets, and he was also the first person to hit six sixes in an over. But late in the 1960s, West Indies began to lose regularly, and Sober’s form started to dip as opponents had identified his weaknesses.

Sobers retired with West Indies in declaim, their commitment to play entertaining cricket was now interpreted as a lack of discipline and mental toughness. Playing with Sobers in his final test series was a young batsman from Guyana Clive Lloyd, who was now given the captaincy. He wanted to bring new levels of physical and mental strength in the team.

In 1976 Clive Lloyd led the West Indies team to England, he wanted his team to be united and brought in new generation players like the fast bowler Michael Holding from Jamaica and batsman Gordon Greenidge from Barbados and for the first time two players from the small island of Antigua were included in the team, pace bowler Andy Roberts and batsman Viv Richards.

In the previous year in Australia, Lloyd’s young team had been humiliated 5-1 by a powerful Australian team. Before England’s series, a comment from England’s captain Tony Greig had provoked all the West Indian players. Viv Richards scored two double hundreds in this series and England were decimated by the whispering death of Michael Holding who took 14 wickets, Lloyd’s team won the series 3-0. From 1976 the West Indies seemed to be unstoppable, beating all the teams in cricket and won two successive World Cups in 1975 and 1979

Through the 1980’s West Indies improved every aspect of their game and trained like professional sportsmen, they destroyed all the teams in their way. This team had a winning mentality and executed it with style and swagger. It was an era dominated by West Indian quick bowlers. The most dominant teams in the history cricket have always built their team around the success of their fast bowlers, this West Indian team had not two not three but four world-class fast bowlers, facing them gave nightmares to any batsmen and during those days batsmen also didn’t have the luxury of a proper helmet which covered heads.

In 1984 this pace bowling attack blew away England and won the series 5-0, this was not just a series whitewash but their old colonial masters had been black washed. When Clive Lloyd retired, Viv Richards took over the captaincy and two years later in the Caribbean West Indies again defeated England 5-0 and to add salt to the wound Viv Richards smashed a 56 ball 100 in the final test match, which was the fastest test century at that time.

In 1991, Viv Richards retired from international cricket, he departed as the highest run-scorer for West Indies, at the same time batsman Gordon Greenidge, Desmond Haynes, wicketkeeper Jeff Dujon and fast bowler Malcolm Marshall also retired; these players had carried the hopes of West Indians through an era of nationalism.

By the time all these players had retired, the Caribbean was adjusting to a dramatic shift of nationalism. Having achieved political independence, these small countries struggled to compete against the world’s larger economy, this resulted in inflation and unemployment. This had a large impact on West Indian cricket, players no longer played only for passion alone they needed to be paid well to continue playing cricket. After 1991, the West Indies cricket team was never the same, players and the cricket board always had a conflict with regard to their salary.

Many players left the West Indies and went to other countries which paid them higher or opted to change their profession. After the 1990s West Indies continued producing some great individual talents like Brian Lara, Chris Gayle, Shivnarine Chanderpaul, Kieron Pollard, Andre Russell, Sunil Narine, Dwayne Bravo, Carlos Brathwaite and many other such players, all these have the enormous all-round power-hitting ability.

But the sad reality was all these players most of the time didn’t play together for West Indies, with the evolution of franchise cricket they always choose to play for various T20 clubs which paid them more rather than the West Indian cricket board. In recent years things are comparatively better, players are once again back to playing for West Indies, all these players played together as a team and won Two T20 World Cups in 2012 and 2016 and they are the only team to win the T20 world cup twice.

As of now, West Indies Cricket looks to be going in a good direction, lots of young players are coming up and playing for the national team. All the Cricket fans wish this continues and we can once again relive the West Indian dominance in world cricket. 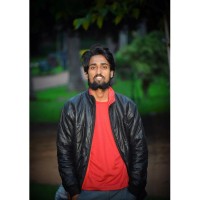 From 36 All-Out To Winning the Series

India vs Australia, 4th Test: How India turned a draw into