It was the year 1608, the golden shores of Surat welcomed its (first) new visitors from the west – apparently claiming to be of superior color and race. Their motto was simple – Trade and only TRADE!

Indians – who then (and even now) believe in the motto of “Atithi Devo Bhava” literally translating to “Guests are equivalent to God” welcomed them with open arms.

This was nothing new to Indians as well.

The Portuguese, the Dutch, and the French had all visited the Indian shores with a similar agenda much earlier.

The Indians too had discovered the potential of their “Spices” and the money it made for them; this made the new guests of Surat rather more hospitable.

The new guests called themselves BRITISH and hailed from Great Britain or the British Islands.

They dressed very well, spoke good English, and appeared a thorough Gentleman (really??) in their business, communication, and actions.

They worked for the British East India Company and wanted to trade Spices and have a mutually benefiting business.

The Indians were attracted to this game and brought into it rather too well! The first factory was set up by the East India Company in Surat, followed by another one in Masulipatnam and so on.

Their business empire grew and grew and grew – at such a pace and spread that all their European counterparts were shown the gate very soon and it was a monopoly that followed later.

Numerous trading posts were established along the east and west coasts of India and considerable English-Speaking communities developed around the three presidency towns of Calcutta, Bombay, and Madras.

The traders predominately traded in Silk, Indigo Dye, Cotton, Tea, and Opium. This period of their business 1612–1757 can be summarized in just one word – Domination!

East India was running the complete show in India by then and they finally took control of power in 1757 – this event in history is referred to as – The Company Raj – or the Company rule in India.

This period of history between 1757–1858 can be summarized by one word – Hypocrisy!

Though the company rule ended in 1858 (After the first war of Indian Independence – when the Indians finally seemed to wake up…. ) the tough got just tougher.

The hypocritic westerners who once preached against the ideas of colonization and slavery, by then had the control of half of the world! [Not to sound diplomatic – they practiced Colonialism and Slavery themselves – which to me now in 2021 – is absolute rubbish!!!]

What followed later – is very well documented everywhere – it is the infamous and cruellest part of Indian history called – The British Raj!

The British crown then ruled (to be clear LOOTED) the Indian subcontinent for the next ninety years (between 1858–1947)!!

They split the country into three pieces and caused havoc even while they left, which still pinches every citizen of the country even today!

This period of the history of the entire British autocracy can be summarized by one word – BloodBath of Indian History!

But hey!  Wait a moment!

So, what exactly am I trying to convey here?

Ok – let us get this sorted.

I am not here to praise or revisit the glorious history of the British invasion.

I am trying to just document how the tides have changed in the last 75 years since the British left India.

To just highlight and document – how powerful & mighty the Indians have turned into – in the British heartland today.

I just wanted to highlight my observations and findings in my years of stay in the British heartland (or should I say London).

To set the tone straight – Indians today are everywhere in the UK (I mean everywhere when I say that!)

Today, the Indian population totals about 1.4 Million in the UK, making Indians the single largest visible ethnic minority population in the entire country.

Below are a few other accounts of the stretch and depth of Indian involvements in Britain as of today that I can recollect and remember.

Indian Companies in the UK (the Neo East India Company rather  ..??? ):

The below snapshot gives a pictorial representation of Indian companies in the UK today:

Pic: The Indian Companies and its contribution to the UK economy

Indian companies are playing an important role in the growth of the British economy and contributing to GDP and creating huge employment opportunities, according to Grant Thornton UK LLP’S India Tracker 2014 report.

The finds there are currently over 700 Indian-owned small to large-sized businesses in the UK, collectively employing over 1,00,000 individuals, of these, 41 organizations were identified as registering year-on-year growth rates of more than 10%, with more than half demonstrating particularly strong growth over 20%. These top 41, the report suggests, generating combined revenues of around 19 billion pounds.

This is certainly impressive, isn’t it?

I am sure that even the British East India company would be craving for something like this – surely!

The fastest-growing Indian companies in the UK are evenly spread throughout the country, with just 29% of the top 41 based in the capital. The North of England has 29% of the total, the south 32%, and interestingly just 10% are based in the midlands, which is traditionally the heart of UK manufacturing.

So, what does that signify? – Yes – I think you might have guessed it right by now, we Indians are everywhere – I know you didn’t believe me when I said that earlier. But now I am sure – you will!

How Influential are Indians in Britain today? You may ask.

Below is a list of (trust me this is just a small, small sample of the actual lot) of some of the influential men in Britain.

I can go on and on and on with this – but I would like to leave it here. We can find a thousand others.

This is our time to do the same. And we are nothing more or nothing less than those viceroy’s that ruled us back then!!!

The domination or should I say the presence of Indians in and around the heartland of Britain or their capital city London is so evident that every second or third person you meet seems to hail from Indian origin.

When I did dig deep a little to get the numbers, this is what I could find:

With people and community comes faith (and of course food).

Researching on these lines – I found that – almost every high street in the UK that I visited had at least one Indian eatery. Be it an Indian or a Pakistani or Bangladeshi – there is Indian food everywhere – no matter if you are in the heart of London – The Oxford circus – or some remote least ventured village up north!

Below are a couple of restaurants that I encountered (or should I say enjoyed  ??)

Pic 5: A South Indian eatery in the heart of London – in Oxford Street

Pic 6: An Indian eatery in the middle of nowhere – somewhere up north of the UK

Of course, being the religious person that I am – there was a fair share of Indian temples/places of worship as well!

Some of them are below:

Birmingham Balaji Temple: This is nothing short of Tirupati – Just that it is in the UK.

Swaminarayan & Sanathan Mandir: This is not the Akshardham of Delhi – FYI

Though the British might have ruled India and have left a significant mark on our history, the last 75 years have been nothing short of Spectacular.

The length, breadth and depth to which the Indian population has penetrated in the British kingdom today can only be experienced and will never be better explained by any words or metaphors!

So, If what the British did to us a few hundred years ago was called British Raj?

– Will I then be wrong in calling this era of India “The Bharat Raj”?

Well, time alone might answer this question or debate of mine! But the evidence is there to be seen or retrospect!

Well if this is not Bharat Raj – or – A new Era of colonization – I am not sure – what is! 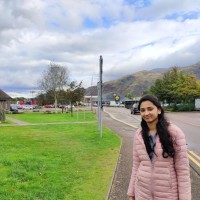 Passionate about writing blogs and articles to express my opinion & views & an enthusiastic creator.

The Mark Of A True Gentleman – Beardo

MASS MEDIA COMMUNICATION – BREAKING OUT THE

Mass media is a technology that reaches a very large number

How Positive Thinking Can Transform Our Life?

30+ Potential Startups in India That You